You are here: Home / Features / Hangout or Hangup? 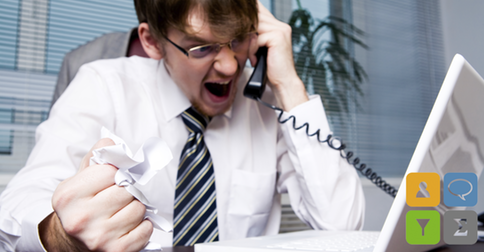 The behind the scenes story – and apology – of our recent trials and tribulations doing Google Hangouts on Air.

Three weeks in a row we scheduled Hangouts, emailed an invite to a few tens of thousands of people, and then failed to get it to work. For this we are very sorry as it wasted a bunch of your time.

Now let me explain what happened, how we’ve fixed it, and what you should be careful if you too decide to use Google Hangouts.

It all starts last year when we started doing a weekly free Hangout (every Tuesday @ 3pm Eastern). We used Webinar Jam from the start and their support staff has been helpful more than once in figuring out some of the less obvious aspects of Google’s otherwise great service.

All that changed on March 11th of this year. This ongoing thread documents in all the gory detail what happened.  Ironically, we likely brought this on ourselves to some extent by “fixing a problem” with our Google Plus and Youtube accounts, but that’s another story.

The root cause of the problem that Google created on March 11th was that any email address that has both a profile and a business page could NOT run a Hangout.  Since then, they’ve several times claimed it was fixed but the community – us included – continues to point out how wrong they are.

Okay, so let’s just run the Hangout in a different account, download and delete the Youtube video once it is done, and upload it to our business Youtube account.  I ran a test prior to our Hangout on March 31st and it worked flawlessly.  I started the Hangout, I invited a guest, the finished video got published to Youtube moments after I hung-up. Perfect. Case solved.

And then came the real Hangout on Tuesday and my co-presenters were not allowed onto the call!  About 90 guests were, but the other members of the Braintrust were not. What happened?

The email I used to launch the Hangout on March 31st was a Google Apps for Business email, not a “real” Gmail account. Yes, yes, I know, the mail in Google Apps is just Gmail at a custom domain and it DOES allow you to run a Hangout, but it does NOT allow you to invite presenters from other than your Google apps domain. Guests from everywhere work just fine – just not presenters.

I discovered this issue documented in this thread last week. It’s worth noting that in both cases it was the Webinar Jam team that discovered and documented these “features”.  I’ve yet to find this second bug documented by Google at all and the first one Google still can’t seem to get fixed after 4 weeks and counting.  In neither case do the error messages you get from Hangouts give you the faintest of clues what is wrong or how to fix it.

So here is the current known safe process for using Hangouts:

Conclusions and Next Steps

Google Hangouts is – overused as the term has become – “game changing” technology.  But as good as Google is at technology, they suck equally badly at customer support.  Hence my item #6 above!

But still, you might ask the question – as we’ve done internally – should we Hangout, or is it just time to Hang it Up?  Hangouts worked flawlessly until Google screwed something up a month ago – let’s hope that’s a one time event and give it another try.  Hangouts really are great when they work.

So as I finish this post, we are all set to yet again run a free Hangout tomorrow (7-April-2015) at 3 PM Eastern time.  We’d love to have you try to join us and we’ll love it even more when it finally works!