You are here: Home / Features / “The Holy Grail of SEO?” – SEO as a Profit Center 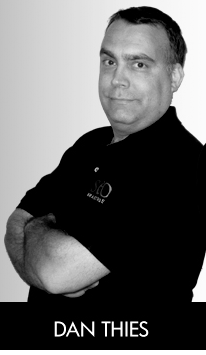 I recorded this video last September, during our last big launch party – it gives you a great look at the current “state of the art” in Link Liberation.

Because I was trying to teach, it’s a little light on case studies, so I thought I’d add some notes to this updated post about why I believe nearly every online business needs to follow this strategy, and start as soon as possible. Like, yesterday.

How I Know Link Liberation Works

Every time we’ve released a new version of Link Liberation, our new customers were able to see the results from past versions of the course before signing up, and this time is no different. That’s because every time I release a new version of the training, I recruit a group of volunteers to participate in a large scale test.

When we first released version 4 of ResultFlow and the last major Link Liberation update, we started a year long test. At the end of the year, after all was said and done, 30 out of the 33 sites that participated had achieved a greater than 20% gain in organic traffic from search engines, and the average gain was over 94%.

Not much has changed in the strategy since then – it’s just gotten a lot easier to use. Yes, there have been some changes at Facebook and Google that have benefited our customers, but most of the changes have been in the ResultFlow software itself.

In the past, members sourced their own content from Amazon Mechanical Turk. ResultFlow made this possible, but there was still a lot of time and energy going into managing the process, and the quality of the work.

Today, the vast majority of our customers still get content from Mechanical Turk, but our team manages the whole process for them… and every ResultFlow subscription comes with enough content credits to fulfill all the content requirements for a typical business to run Link Liberation.

This saved our active users nearly $100 per month, along with several hours of their time.

As I explain in the video, Facebook’s “page post enagement” audiences allow advertisers to reach a lot more people at a lot lower cost, by allowing us to focus a small budget on audience building, and move the lion’s share of the budget to our traffic-building campaigns.

In 2016, the minimum budget I would have recommended for Link Liberation was around $1000 per month including ads, labor, and software, but these days we’re seeing outstanding results on budgets of $500 or even less.

If you can’t invest $500 a month in growing your organic search traffic, you might as well put SEO on a shelf and get back to it when you can.

Back in 2014, we developed a system called the Universal Traffic Engine. It got great results for small businesses – the ROI people were seeing from Facebook ads was insane – but it just wasn’t scalable.

Since last fall, we’ve been able to bridge that gap. The *new* Link Liberation delivers a highly targeted audience directly into your selling campaigns. Link Liberation has always been about building links by driving traffic, but it often took a year or more to make it profitable all by itself.

These days, we’ve got clients who are seeing profits from their Link Liberation campaigns in as little as 3-6 months. It still takes time to do it, but the end result is something extraordinary.

Link Liberation: Turn Your SEO Efforts into a Profit Center

As an SEO strategy, Link Liberation is unique in a lot of ways, but the single most unique element is that our goal is to turn a profit on our SEO strategy.

I don’t mean “this will be okay once we get more search engine traffic” profitable – I mean that we expect the traffic you generate from Link Liberation to fully pay for itself once your campaigns are fully established.

The End Game of Traditional SEO is Bankruptcy

The cost of doing traditional SEO, even “traditional black hat” SEO, just keeps going up. However you get your links, they’re not getting any cheaper… but there is one way to turn back the clock and restore SEO to its proper place as a highly profitable part of your business.

The sooner you start, the sooner you’ll get there, and that should be enough to get you to sign up today, but there’s one more thing you need to know.

That big test with the 33 sites? Where they gained an average of 94% in organic traffic?

Well, we also had a “control group” of people who carried on doing the same old SEO strategies, and that group had no growth at all. In fact, they saw an average decline of over 8% in a single year, not counting the ones who went out of business completely.

Now, 8% might not seem that bad, but if you stack it up year after year, it adds up to your business first becoming completely dependent on paid traffic, and then going out of business when a better-funded competitor takes that channel away.

I’ve seen it happen. Don’t let it happen to you.

Sign up for Link Liberation and ResultFlow today, with either the annual subscription (save 30%) or month-to-month at $297 per month.

What does Funnel really mean?